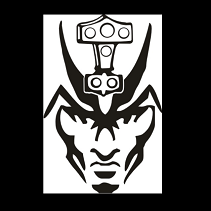 The following texts are not exhaustive. They combine my understanding of the established theories and my more intuitive conclusions and interpretations. Partly I could define mathematical approaches, but not always develop them to the next punk. Therefore, there are just such points that I think are at least logically sound. How to really derive them mathematically is another story.

There is already a discussion including criticism in the forum of Quanten.de

It took me a long time to find out why Marcus Ulpius received my article so positively. In fact, my derivation, which leads to the energy density distribution of the gravitational waves, is almost identical to the energy density pseudo-tensor tgrav(u,v) [source: Fliessbach, ART] for linear gravitational waves. If you take this tensor and refer it to a certain coordinate system, the same thing comes out in fact. To be honest, I do not understand why this aspect is not taken up in the professional world..

In order to avoid misunderstandings, I still upload hier here my original derivation. Here I summarize the thread of the forum again (including the personal messages):

Further sections (not yet discussed), ev still unlinked are still in progress:
Text thirteen contains the essence of nearly five years of intensive research
and puts some thoughts on quantum gravity theories (QGT ..),
which can be summarized in one question:
Is quantum mechanics really fundamental or just a solution to a quantumlike
tensor field equation?
It is written in German and English
It's just a summary where details that experts need to know have been omitted
The full version currently contains about 60 pages and is still in progress
13_QGT_051218_17h15 - Summary
___
01_Gedanken zur Quantengravitation
02_Die Thermodynamik Schwarzer Loecher und eine moegliche Identifizierung der Mikro-Zustaende
03_Interpretation des Energiebegriffs
04_Eine dimensionsunabhaengige Herleitung einer Kraft
05_Die Wechselwirkungskonstanten und die Urkraft
06_Quantisierung von Gravitationswellen
08_Geometrie_in_Quanten


Price question: Why is gravity so weak in the row of 4 forces? In other words, why is the elementary charge called mass so small?
Maybe just because the spacetime is so big and essentially flat! This could be an inference from the observed fact that gravitational waves of quantum mechanics are mathematically closer than the excitations of the three other types of force. Maybe the string theory treated so far will fail because of that!